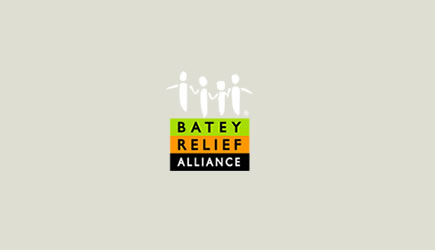 “The program establishes a network of key local partner organizations that ensures that those who really need the food do receive it,” said Ulrick Gaillard, BRA’s CEO. The distribution partners include the country’s Ministry of Public Health, through the Provincial Health Directorate (DPS) in Hato Mayor and Monte Plata; and the municipalities. Additionally, 22 non-governmental grassroots groups such as the Dominican Network of People Living with HIV / AIDS (REDOVIH), Solidarity Alliance to Combat HIV/AIDS (ASOLSIDA), Grupo Paloma, the Center for Promotion and Human Solidarity ( CEPROSH) and the Social Service of Dominican Churches (SSID), among others.

Since 2007, BRA’s food aid initiative benefited more than 161,000 people through the distribution of 1161 metric tons of dehydrated food and the provision of other basic services.

According to the latest National Demographic and Health Survey (ENDESA 2013), 7% of children under five suffer from chronic malnutrition, representing a reduction of three percentage points compared with 2007. Severe malnutrition, however, has shown no change, like acute malnutrition in the population under five years, which remained at 2 percent. This version of ENDESA indicates that a 2% have stunted in severe condition compared to the World Health Organization (WHO) standard.

For 55 years in the country, the USAID, in close collaboration with the Dominican people and government, has contributed to the sustainable development and strengthening of Dominican institutions in the areas of health, economy, governance, justice, civil society and education. To date, USAID has invested more than US $ 1.7 billion in the Dominican Republic.

For more information about this release, please contact BRA’s CEO, Ulrick Gaillard, at ugaillard@bateyrelief.org or 917-627-5026.